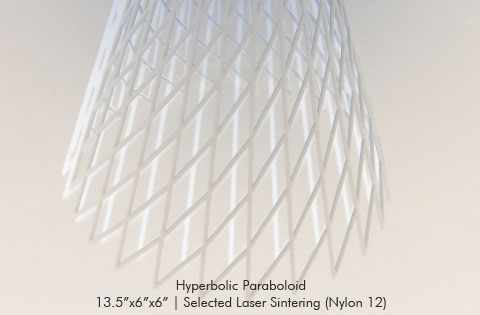 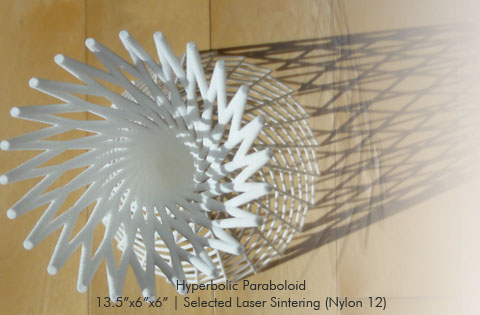 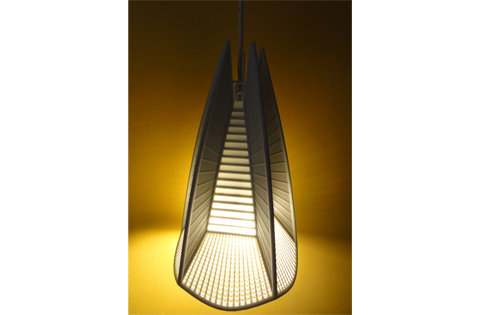 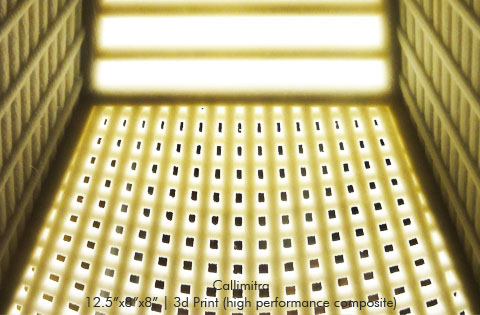 Some of the biological and geometrical archetypical forms explored with wearable art are selected to become lightforms (lighting fixtures). The most suitable lightforms -in the evolution of forms to become functions- have a hollow concave enclosure to embrace a light source. The elaborate mesh of lightforms is designed to cast shadow patterns.


Callimitra is inspired by the homonymous radiolarian, shaped as a spherical solid, with edges defined by surfaces of minimal area.
Printed on a ZPrinter® model 650 by JWP Design llc