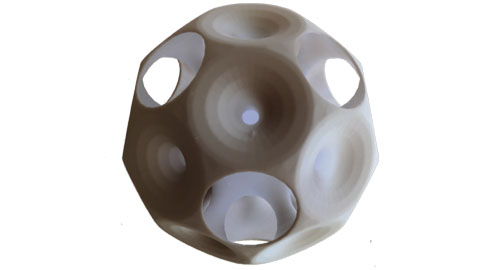 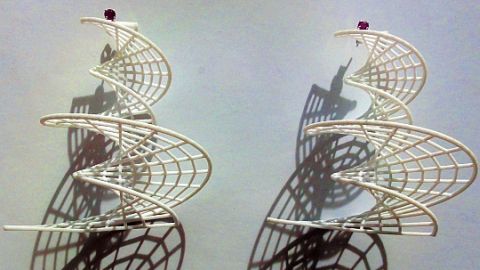 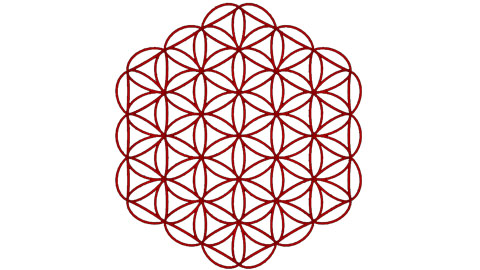 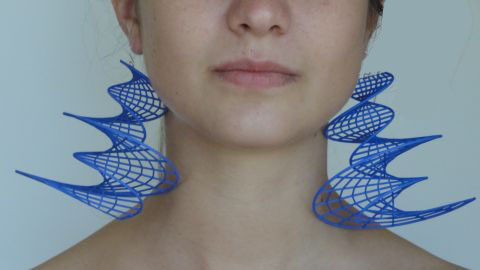 The interpretation of the universe according to geometric configurations has been present in the most ancient western and eastern cosmologies.
Many of the geometric forms found in nature have become symbols and archetypes, often defined as sacred geometries.
I have created several digital models inspired by these shapes: spirals, helices and mandalas.
As digital models developed into physical objects, jewelry has been the most logical function associated to these forms:
wearing an earring or a bracelet is an expression of a belief of the union between the self and the universe.
SACRED GEOMETRIES includes: