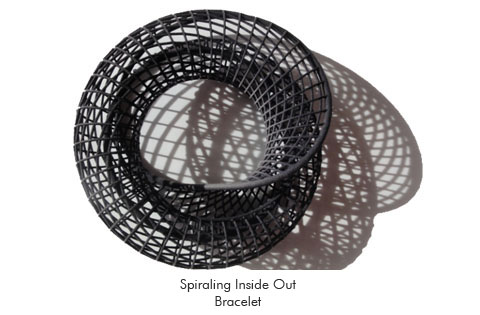 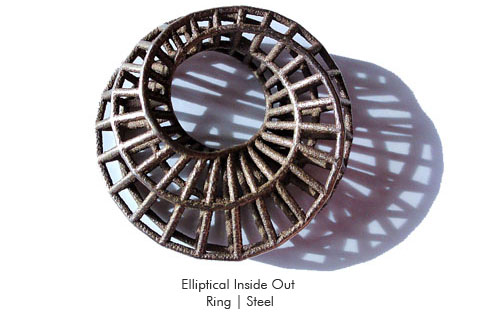 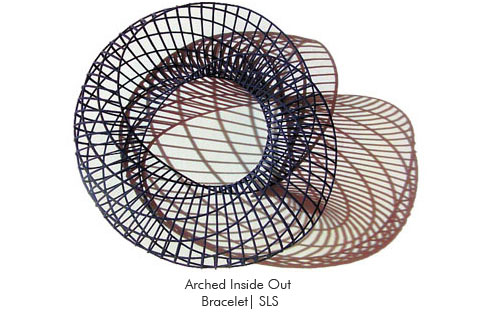 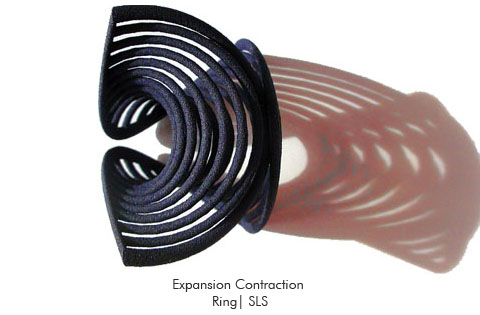 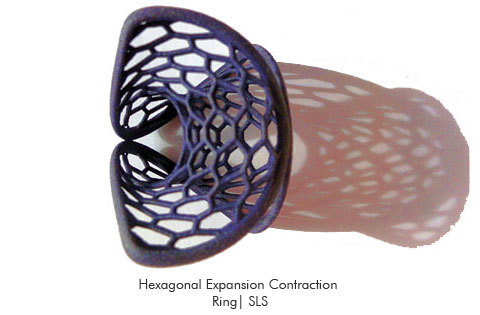 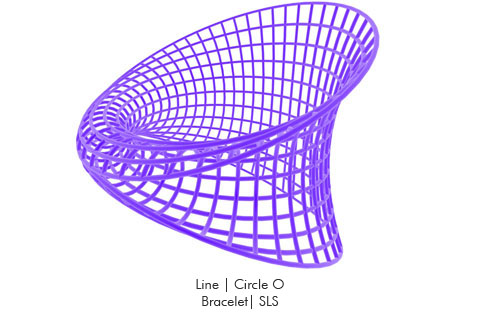 Immanuel Kant defines the mathematical sublime as "the mere ability to think which shows a faculty of the mind surpassing every standard of sense."
Digitally generated geometries can be certainly associated to the Kantian mathematical sublime: shapes turn inside out and outside in, configurations twist and bend in topological spaces often creating illusionary perceptions -almost leading us to Alice's "rabbit hole" in the creation of illusionary perceptions of a kaleidoscopic imaginary space.
The enhancement of human creativity is attained by the logic of programming processes, where computational approaches generate a fluid vocabulary of forms articulated in a complex syntax -hard to achieve in a non-digital context.
But most often the mathematical sublime is confined to virtual worlds of video and renderings, enabling us to visually perceive impossible geometries but not fully grasp them within a complete sensorial environment.
With Rapid Prototyping manufacturing processes digital models can become built forms in the physical word and the sublime can be tangible, either as a sculpture or a wearable object.
The SUBLIME collection includes: